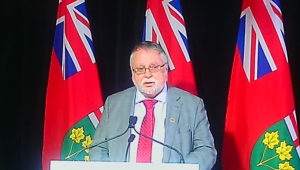 Ontario Celebrates the 10th Anniversary of the World-leading Greenbelt

Ontario is celebrating the 10th anniversary of the largest permanently protected greenbelt in the world and looking to the future by reviewing the land use plans of southern Ontario. The Greenbelt protects farmland, green space and clean water.

The Province will hold public consultations, across the Greater Golden Horseshoe and Greenbelt area, on the review of four provincial land use plans to grow the Greenbelt, protect prime agricultural land, build transit friendly communities and support economic development. The province will undertake a co-ordinated review of:

In addition to public consultations, like town hall meetings, Ontarians will also be able to comment through the Environmental Registry. The review, which is expected to be complete by early 2016, will also benefit from the input of an expert advisory panel, chaired by David Crombie, former federal cabinet minister and former mayor of Toronto. Other panel members include:

Growing the Greenbelt, building transit friendly communities and supporting growth is part of the government’s economic plan for Ontario. The four-part plan is building Ontario up by investing in people’s talents and skills, building new public infrastructure like roads and transit, creating a dynamic, supportive environment where business thrives and building a secure savings plan so everyone can afford to retire.