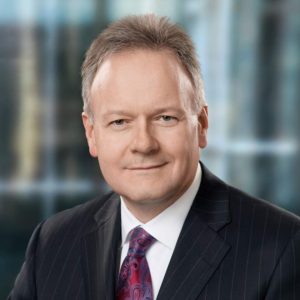 Mr. Poloz has been Governor of the Bank of Canada since June 3, 2013. Born in Oshawa, Ontario, Mr. Poloz has over 30 years of public and private sector experience.

An economist by training, he first joined the Bank of Canada in 1981 and occupied a range of increasingly senior positions over a 14-year span. Mr. Poloz then spent four years at BCA Research as managing editor of its flagship publication, The International Bank Credit Analyst.

Mr. Poloz joined Export Development Canada in 1999 as Vice-President and Chief Economist. From 2008 to 2010, he was responsible for all of EDC’s lending programs, as well as the Economics and Corporate and International Trade Intelligence groups. He became EDC’s President and CEO in January 2011, a position he held until his appointment at the Bank of Canada.

Mr. Poloz resides in Ottawa with his wife of 36 years, Valerie. He has two children, Jessica and Nicholas, and he is a grandfather.