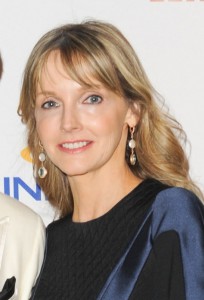 “Kirstine Stewart” by Canadian Film Centre – Licensed under CC BY 2.0 via Commons[/caption]

Kirstine Stewart –  Author,  “Female Leadership and the World of Work” in conversation with Alex Johnston at the Canadian Club of Toronto

How did Canada’s own Kirstine Stewart join the ranks of other high-powered female tech leaders like Sheryl Sandberg and Marisa Myers?

In her new book, “Our Turn”, Ms. Stewart, the youngest person and the first woman to head the CBC, discusses how she has managed to excel and to lead while staying true to who she is as a person.  She also takes the conversation about women and work to the next level, advocating strongly for more female leaders and discussing how women can pave a way forward and seize the opportunity to lead.

On November 13th, Kristine will be joined onstage for an inspiring and candid conversation with Catalyst Canada’s Executive Director, Alex Johnston on success and the future of leadership.