Funding 101.  Knowing what funds are out there and how to access them can be daunting. Meet the funders that can provide information and tips for helping you through the early stages of your project and find out what funds may be available. Geared towards directors, producers and writers, it’s valuable information for everyone. 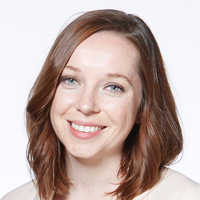 Clique Pictures focuses on developing feature and documentary productions with a focus on working with female creative talent both in front and behind the camera. Clique Pictures is currently in production on the feature documentary Metamorphosis. Principal Lauren Grant has produced the feature film Wet Bum, which premiered at the Toronto International Film Festival, the fashion documentary Traceable, which has screened around the world as part of Fashion Revolution Day, as well as the feature film Picture Day, starring Tatiana Maslany. The Hollywood Reporter
named Lauren one of 15 Talents to Watch in their Next Gen Canada 2014 edition. Lauren is an alumna of Trans Atlantic Partners, TIFF Studio, Producers Lab at TIFF, Rotterdam Lab and Berlinale Talent Campus. 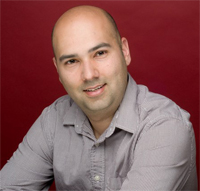 Alan Bacchus is the Programs Manager for Bell Media’s The Harold Greenberg Fund, overseeing all programs including Script Development and Equity Investment Programs for Canadian feature films as well the Shorts-to-Features Program. As writer, Alan is a member of the Online Film Critics Society, writing for Exclaim! as well as his own blog, Daily Film Dose.com. And as filmmaker, Alan has produced and directed a number of short films. 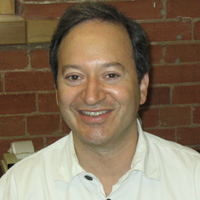 Dan Lyon is Telefilm Canada’s Regional Feature Film Executive, for the Ontario & Nunavut Regions. Over 100 feature films have been co-financed under his guidance, such as Sleeping Giant, Mean Dreams, Across The Line, Amal, Backcountry, One Week, and Picture Day. The first project he championed upon joining Telefilm was Away From Her, which received two Academy Award nominations.
Originally an entertainment lawyer, Dan became Executive Vice-President, Distribution for Astral and its successor companies Coscient, Motion and TVA. As a distributor, Dan was awarded the Golden Reel for The Art of War and as a producer received a Peabody for The Interrogation of Michael Crowe.

Kelly has been with OMDC since 2010 and brings nearly 20 years’ experience to her current role as Program Consultant Screen Based Media and Film Fund Lead. Having held various positions with the agency including Team Lead Tax Credits, managing a range of OMDC tax initiatives, Ms. Payne contributes to the development of agency policies and strategies, helping to drive innovation and growth in Ontario’s creative industries which contribute $12.2 billion dollars to Ontario’s GDP each year, and employ nearly 300,000 people. Prior to joining OMDC Kelly spent over 10 years in the private media sector and held various management roles in programming, production and business/legal affairs with some of Canada’s largest media outlets.