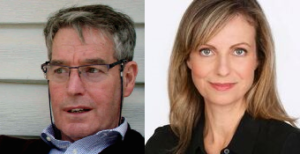 Dennis Edney, Lawyer for Omar Khadr In conversation with Michelle Shephard of the Toronto Star

Please join The Empire Club of Canada and RamsayTalks in welcoming Alberta lawyer Dennis Edney as he discusses the legal and human rights issues associated with his noted client, Omar Khadr. This is a rare and important opportunity to hear, first-hand, the details of a uniquely Canadian international story of politics, terrorism, and jurisprudence.

Omar Khadr is a Canadian citizen. In July 2002, at age 15, he was captured by the U.S. military after they  bombed and assaulted the Afghanistan compound where  he was living. The U.S. raid and subsequent firefight resulted in the death of a U.S. soldier and Khadr being severely wounded. At age of 16, he was sent to the U.S. detention facility in Guantánamo Bay, Cuba, where he remained for 10 years before being sent back to prison in Canada. This May, the Supreme Court of Canada ruled against the Government of Canada and granted him parole.

“Professors, doctors, businessmen and even a former senior member of the U.S. military have put their reputations on the line to support the bail application of a man the Canadian government and other detractors have branded a dangerous jihadi terrorist. Foremost among those backing Omar Khadr are his long-time lawyer Dennis Edney and his wife, Patricia, who have also taken him into their home.” – Canadian Press, March 2015