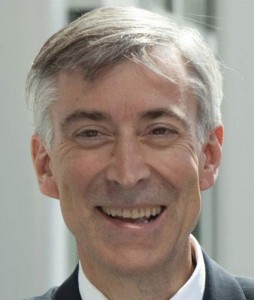 Debates about jobs and the economy, whether in the federal election campaign or elsewhere, eventually turn to the need to help more people – particularly young people – find meaningful employment. Post-secondary leaders are being urged to put a greater emphasis on career success and the job prospects of graduates. David Agnew, the chair of Colleges Ontario and president of Seneca College, will discuss the future of post-secondary education and how colleges are pivotal to Canada’s long-term success.

He has held leadership positions with several organizations including as President and CEO of UNICEF Canada, Principal at Digital 4Sight, Executive Vice-President and Corporate Secretary for the Credit Union Central of Ontario and Ombudsman for Banking Services and Investments. In 1995, he was seconded to the University of Toronto where he was a Senior Resident at Massey College.

Mr. Agnew is Chair of Colleges Ontario, past Chair of the Board of Directors of Sunnybrook Health Sciences Centre, and a director of ventureLAB. He is the recipient of the Queen Elizabeth II Diamond Jubilee Medal.