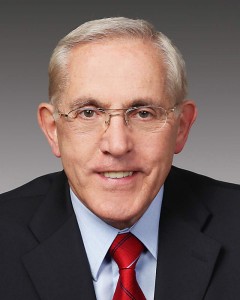 The Honourable Bob Chiarelli, Ontario’s Minister of Energy “Moving Our System Forward” Speaking to the Canadian Club of Toronto

See the webcast below:

Bob Chiarelli also served as the Regional Chair of Ottawa-Carleton and was later elected as the first Mayor of the amalgamated City of Ottawa. In those roles, he championed expansion of light rail and other public transit, new recreational and health care infrastructure and maintaining Ottawa’s triple-A fiscal rating.

Prior to entering politics, Bob Chiarelli ran a community law practice for 18 years. During his break from politics, he served as Vice-Chair of the Royal Ottawa Foundation for Mental Health, member of the board of Peace Camp Ottawa, a fundraising volunteer with Citizen Advocacy and a Senior Fellow in the Graduate School of Public and International Affairs at the University of Ottawa.